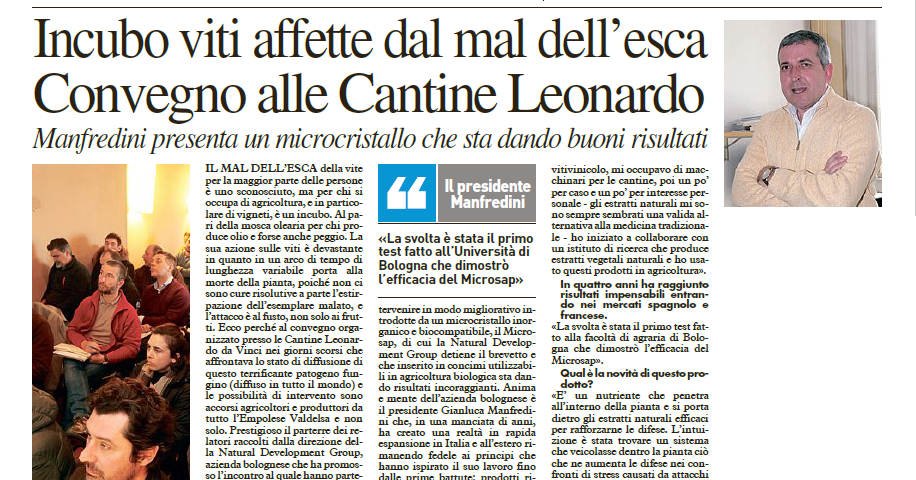 Esca vine disease for most people is unknown, but for those who deal with agriculture, and in particular with vineyards, it is a nightmare. It is like the oil fly for those who produce oil and perhaps even worse. Its action on the vines is devastating because it leads to the death of the plant in a variable time frame and there are no effective treatments except the eradication of the diseased specimen. The disease, in fact, attacks the stem, not just the fruit. That is why farmers and producers from all over the Empoli and Valdelsa district and more rushed to attend the meeting organized at the Leonardo da Vinci wine cellars in the past few days to discuss the diffusion of this terrifying pathogenic fungus (present all over the world), and the possibilities for intervention. The speakers gathered by the management of the Natural Development Group, a Bologna-based company that promoted the meeting were indeed prestigious and among them: Laura Mugnai of the University of Florence and Elisa Angelini of the Conegliano Crea research institute. In addition to help the identification of the conditions promoting the spreading of the esca disease, the meeting was the perfect occasion also to show the possibility of improvement and action offered by an inorganic micro-crystal that is also bio-compatible: Microsap, for which Natural Development Group holds a patent that the when mixed to fertilizers approved for organic agriculture is giving encouraging results. The soul and brain behind the Bologna-based company belong to the company’s Chairman, Gianluca Manfredini, who in a few years created a fast growing business in Italy and abroad remaining loyal to the principles that inspired his work since the very beginning: products that are respectful of the environment and human health since “we only have one Earth to leave to our children”.

Manfredini, when did you begin to deal with fertilizers suitable for organic agriculture?
In 2012. I come from the vine-growing sector and I handled the machinery for the wine cellars, then maybe a bit by chance and a bit for personal curiosity – natural extracts have always appealed to me as a valid alternative to traditional medicine – I began to cooperate with a research institute that produces natural vegetable extracts and I began to use these products in agriculture.

In four years, you have achieved unthinkable results, even entering the Spanish and French market.
The turning point was the first test carried out by the Bologna University department that demonstrated the effectiveness of Microsap.

What is so new about this product?
It is a nutrient that enters the plant and carries with it the natural extracts effective to reinforce plant defenses. The true innovation was being able to find a system that could carry inside the plan what increases its defenses against stresses caused by fungal and bacterial agents.

What are the practical applications?
When speaking about esca disease we speak about vines and there are ongoing studies to use the product successfully also on other vine diseases. 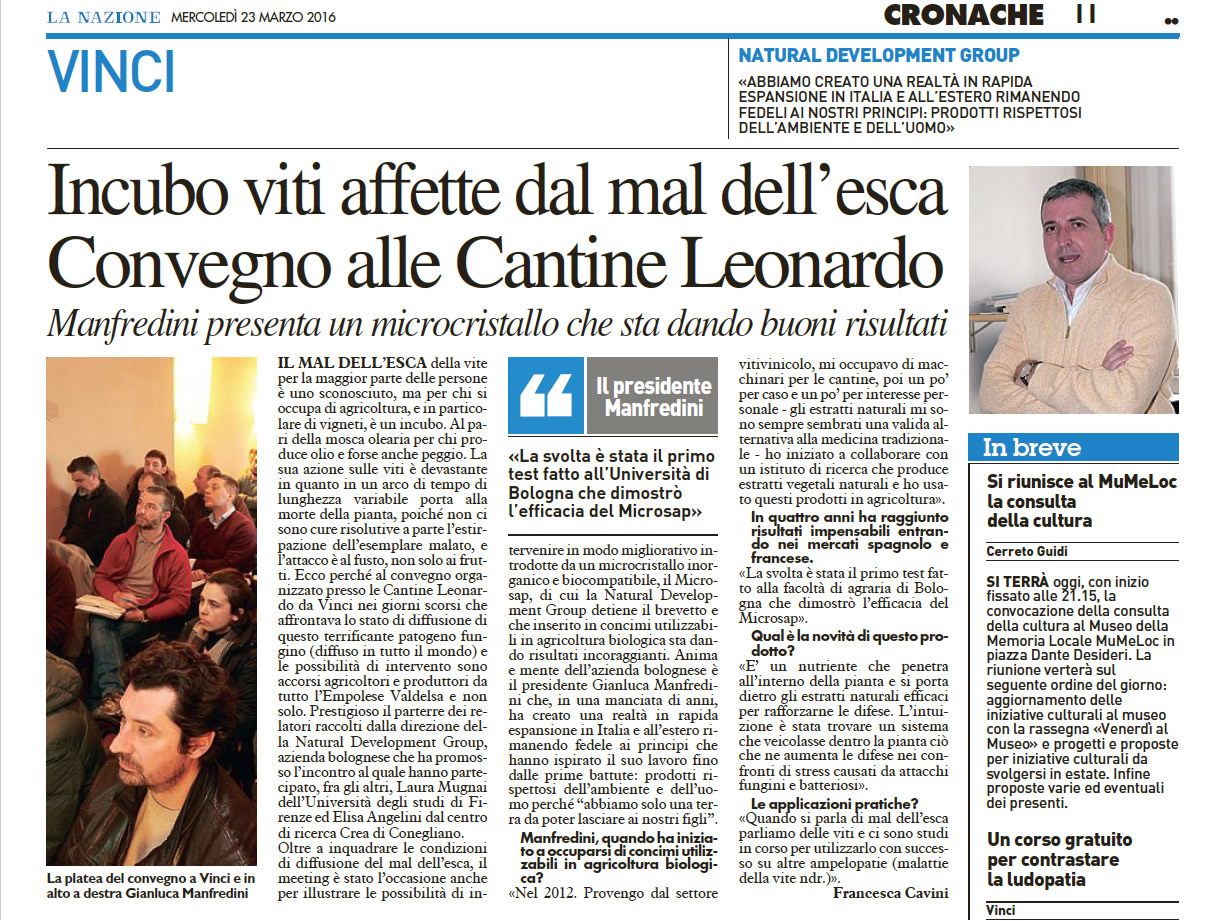 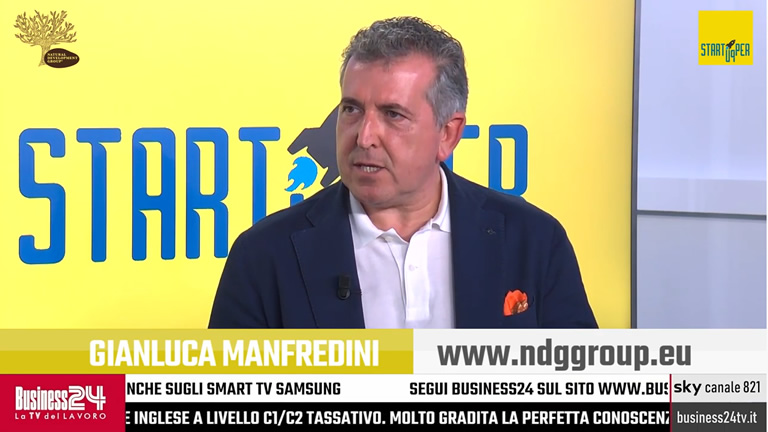 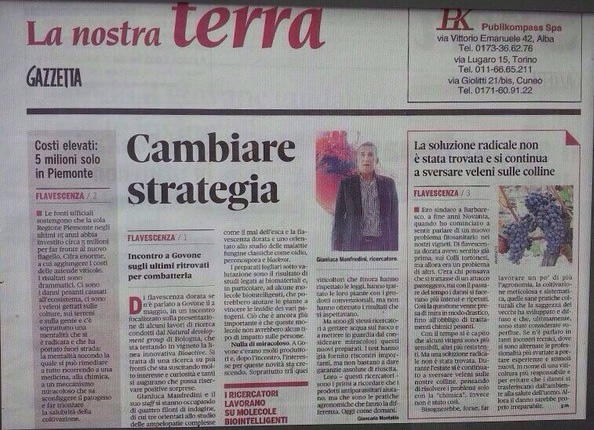